The Church
St Mary's, the Grade 1 listed Parish Church of Bridgwater, is located in the very heart of the town. It's engaging visual situation with an imposing 14th century spire on a 13th century tower, which houses a ring of 13 bells, is a beacon to ringers and non ringers alike. The church was also instrumental during the Monmouth Rebellion and we ring from a chamber named in his memory.

The Bells
The earliest bell we know of was cast locally in 1283. There were 5 bells in the tower by the mid 16th century and the earliest surviving bell still in the tower was cast in 1617. In 1745 the bells were augmented to 8 and refurbished in 1899 with the installation of an iron H frame, also, 2 bells were then recast. In 1979 the bells were overhauled and re-hung on modern bearings.

The Augmentation 2019-2020
The bells were augmented to 13 by removing the frame and the existing 8 bells. The frame was re-modelled and re-installed to house all the bells on one level and had necessary repairs carried out at the same time.  Install environmental sound control.
Why augment?
Our heaviest bell is 25cwt, (1250kg approx), and having a lighter ring of bells makes it easier to teach new recruits and to future proof ringing in St Mary's. We are also the nominated teaching tower for the area and we have the latest computerised education system for quicker progress in change ringing.

Bells have been rung in celebration since they were invented thousands of years ago.  Towards the end of the middle ages bells suspended in church towers would be chimed, calling people to worship, by pulling a rope attached to a lever fixed to the bell. This ringing was random in nature as little, if any, control could be exercised over the timing of the swinging bell.  Later bells were mounted on a quadrant bringing an element of control but it wasn't until the 17th century that bells were mounted on a full wooden wheel with a Stay and Slider to enable full circle ringing under control with the bell able to come to rest in the upward position.  Complex methods soon followed where the order that the bells would ring changed each time the rope was pulled.  These methods, of which there are hundreds, with names such as Grandsire, Stedman and Reverse Canterbury, can be rung for just a few minutes or extended for several hours depending on the ambition of the band to complete one without stopping or mistake.  Full circle bell ringing is essentially an English tradition and has established it's place in history through it's use not only for worship and service to the church but also for celebrations of local, national and international events.  Bell ringing as a traditional skill, like any other, takes time to learn but once the ringer is competent they will be welcomed in any tower anywhere in the world to join a band of like minded people who enjoy the art. In some areas of the country bell ringing is flourishing with ringers of all ages taking part, however many rural areas are finding that recruitment of people into ringing, to perpetuate this traditional art, is challenging and therefore in danger of dying out.  Bell ringing is fun; as well as service to the Church it's also a secular, leisure, activity with many groups and societies ringing bells for social reasons and for the mathematical challenge that bell towers with higher numbers of bells offer.
More information can be found here.

A very interesting lecture on bell ringing, history and mathematics can be found here.

The Battle of Sedgemoor July 6th 1685 – the last battle to be fought on English soil. The ringing chamber is dedicated to the Duke of Monmouth, it was from the battlements of this tower that on the 5th July the Duke spied upon the assembled army of King James II under the command of the Earl of Feversham.  His intention was to spring a surprise attack on the kings forces under the cover of darkness that night but during the march to the battlefield, when crossing a rhine, a pistol was accidentally discharged which alerted the kings army. The element of surprise was lost and the Duke's pitchfork rebel army suffered huge losses.
You can find out more at the Visitor Centre Westonzoyland. 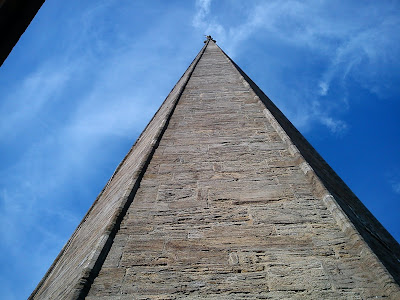 The tower and spire is a distinctive local landmark, which can be seen for many miles in various directions. It is greatly out of proportion with the tower being 114 feet 7 ½ inches tall, set on top of the tower which is 64 feet high. The tower is built of sandstone quarried from Wembdon near Bridgwater and must have belonged to a smaller 13th century church on the site, as the present church was almost completely rebuilt in the 14th century. The spire was added in 1367. The financial accounts still exist showing that the money was raised by a town rate and income from a rate in the surrounding hamlets, plus legacies and gifts. The total cost came to £143. 13s 5 ½ d. The work on the spire started on 28 June 1367. It is built of Limestone from Ham Hill near Stoke-sub-Hamdon which had been a source of stone since Roman times, and brought along the River Parrett. Mr Nicholas Waleys was probably the master mason who designed and then built the spire. He was paid the sum of £90. 7s. 4d. 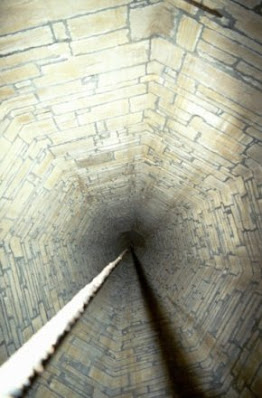 The Churchwarden accounts show many entries for building work on the tower and spire since this time, and it is probable that the weight of the spire caused settlement in the tower, which then needed extra reinforcement. The two strong buttresses at the corners of the tower may have been added in 1383-5. On the east side there is an iron plate inscribed GB-HP-1694 which recalls some repairs. The spire has also been struck by lightning several times, and in 1814 the top 35 feet needed to be rebuilt following damage by lightning. This repair was carried out by a local builder Mr Thomas Hutchings who also built the Dome on the cornhill market house. In 1887 further buttresses were added to the tower and extensive repairs were carried out on the spire in 1994-5. 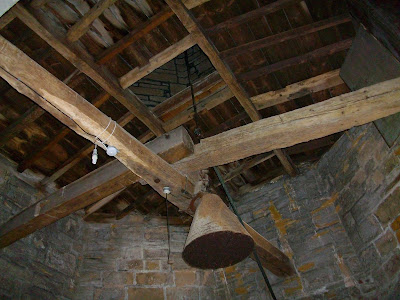 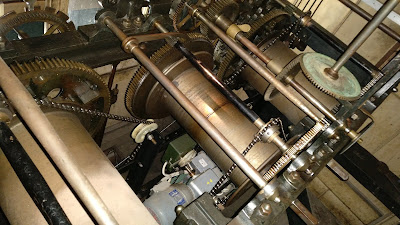 There has been a clock at St Mary’s Church for hundreds of years. A document still survives from 1393 which stated that it was the duty for one of the chaplains to regulate the clock.

The previous clock to the present one had a black face and was located several feet lower down, over the east window of the tower. By the middle of the nineteenth century it became very unreliable. The present clock, which is mounted back to front necessitating access via a rear platform, was installed in 1869. It was made by the Nottingham firm of S. and W. Cope, and the workings are constructed on the principal of a double three legged gravity escapement, which was invented for the great clock at the Houses of Parliament. It is considered to be the best escapement ever devised for use in large clocks subject to wind and weather. The clock face has a diameter of 7 feet and is illuminated at night.  More information on the clock can be found here.

In the clock room on the North wall is an Ellacombe chime mechanism.  This apparatus allowed mainly one person to chime the bells by pulling forward on ropes which were connected to a hammer on each bell, perhaps to musical notation, instead of ringing the bells full circle.  This apparatus has been out of service for many years and because the augmented bells are now in a different location there are no plans to restore it to working order
More information can be found here.

In the South West corner of the clock room is the chiming barrel.  This device was driven by a weighted mechanism that needed regular winding by hand.  As the barrel rotated the pegs would impact on wooden levers and wires that were connected to hammers on the bells above and subsequently play a musical refrain.  Little is known about the history of this mechanism, it has over the years fallen into disrepair, many parts are missing and we have no plans to restore it.  More information about St Mary's chimes can be found here.

You can read more about the history of the Church and Bridgwater by clicking  on the Bridgwater Heritage picture.